The Sochi Winter Olympics and Paralympics 2014 ended in many positive notions and for all of us at HTMi, one particular ending were of much anticipation, the valuable experiences gained by our four excellent students. We are pleased to announce that once again HTMi has delivered at the global stage; the team consisted of three students from Romania, Iulia Buruiana, Arina Fartade and Andrew Sirbu as well as Alina Inozemtseva from Russia who took part at the Paralympics. Our four students received enormous praises from the International Olympic Committee (IOC) and from the Organising Committee of the Sochi Winter Olympic Games and to our excellent students, we are all very proud of your achievements.

Sochi Olympics 2014 has impressed our students at first sight, “the amount of people involved and the years of planning, constructing and organising resulted in the perfect two weeks for the world to see, a true once in a life time experience” said Arina after the Olympics came to a close. Arina Fartade has been responsible at various aspects during the game, mainly at the information desk where she was in charge of providing information to the organising members, the athletes and the fans as well as working in preparation of scheduling the games, organising the venues, weather forecast reports and last recording the various records broken during the games.

Andrew Sirbu, who was also working at the information centre added “We were working closely with many VIPs at the game such as the members of International Olympic Committee, the president of National Olympic Committees, the General Secretaries and the Chefs de Mission and their guests, apart from that there were altogether 25,000 volunteers involved to make these two weeks happen, you feel proud to be a part of this big warm family where you feel everyone makes a difference, thank you HTMi and the IOC for me giving this golden opportunity, it is an experience I will keep with me for the rest of my life”.


Alina Inozemtseva and 9,000 other volunteers during the Paralympics 2014 had enjoyed themselves and being inspired during the Paralympics “I met new friends from all over the world, it was such an exciting experience, before the start of the games, the organising committee provided special trainings for all volunteers and staff, I have learned a lot from it … I was responsible at the Paralympic Hospitality Centre where I was working alongside the International Paralympic Committee as well as many athletes. Being close with the athletes gave me enormous inspirations to learn and achieve my dreams, they were very kind and showed tremendous fighting spirits, fitting to the aim of the Paralympic Movement “To enable Paralympic athletes to achieve sporting excellence and inspire and excite the world”, thank you Sochi for a wonderful three weeks”.

The end of Sochi 2014 brought tears of joy and pride along with the learning, “It was not only what we have seen and learned, it is also the fun and challenging memories and importantly, lifetime friendships that will be cherished for the rest of my life … our manager, Mrs. Kuzina was very kind and made sure that we can at least attend one competition. I chose my favourite sport, Men’s Semi-Final and Final Half-Pipe competition and it was breath-taking, truly a grand stage for the best in the world” concluded Iulia Buruiana.

In the end we want to thank HTMi, Hotel and Tourism Management Institute for making possible this kind of experience for the students for giving us the unique opportunity of taking part in the world’s greatest sports event, specially to the Events Centre managed by Mr. Anthony Lack, who personally went to Sochi prior to the Games in order to make sure that the HTMi students will receive the best possible treatment from the organizers, while working as volunteers for the 2014 Winter Olympic Games.

The opportunities of being a part of such a mega-event not only provided great exposure to the real world for our students, the underlying benefits that our students earned and how the experiences can be shared back to us all at HTMi are our true intentions. Just like all other mega sporting events HTMi and its students have been involved in such as the 2012 London Olympics, the 2010 FIFA World Cup along with global events such as the Geneva Motor Show and the Basel World, our students’ behaviour, attitude and professionalism were exhibited at the highest level, hence the continuous involvement with them. In terms of learning, we take full advantage of the opportunities, bringing back the knowledge and continue to train our students to the highest standards of the ever-evolving hospitality and tourism industries.

The Centre for Events Management Training Switzerland at HTMi would like to thank the Organising Committee of the XXII Sochi Olympic & Paralympic Winter Games for giving us the opportunity once again and as the sole hospitality management institute in Switzerland being selected to work at Sochi Olympics 2014. We are confident to say that once again HTMi raised the standards of learning for its students. 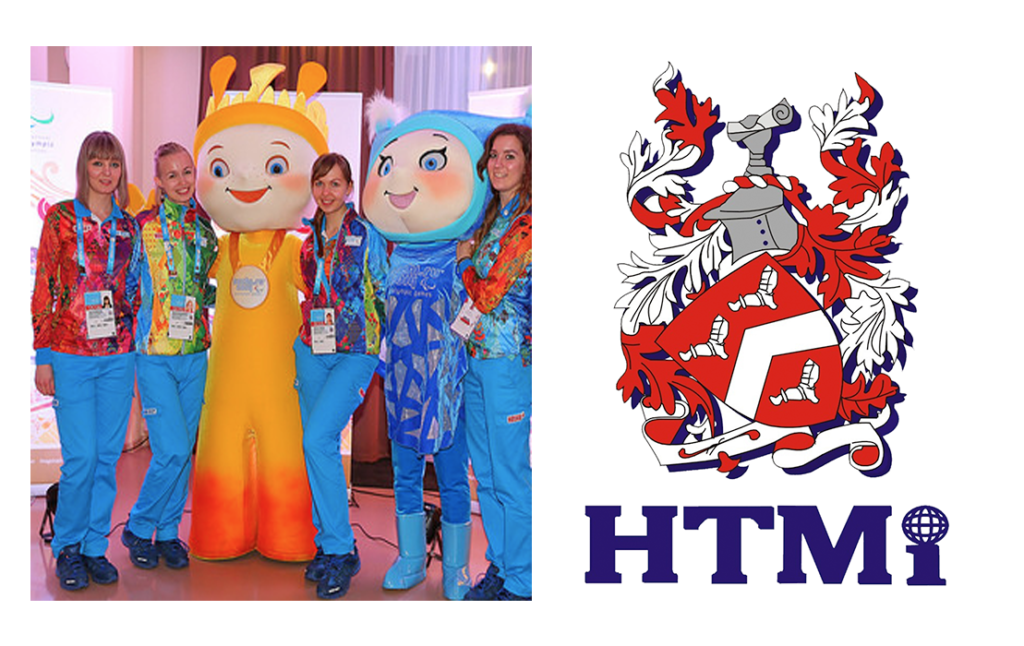